How Do You Disrupt Yourself? Five Media Execs On Succeeding In The Age Of BuzzFeed

How Do You Disrupt Yourself? Five Media Execs On Succeeding In The Age Of BuzzFeed 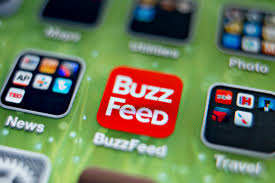 Media CEOs have to do a lot of maneuvering to steer a print/digital publication, and many take different routes.

At the American Magazine Media Conference in New York on Tuesday, five executives from Hearst, Condé Nast, Time Inc., Meredith and Rodale discussed how they compete with disruptive digital-first publications by investing, acquiring or imitating them.

“With the exception of Vox, we have investments in most [startup pubs],” said Hearst Magazines President David Carey. By investing, Hearst learns what it can apply to its core business.

But learning isn’t dependent on investing, he added. For instance, Hearst execs took notes when startup CEOs gave strategy talks at conferences about “A/B testing headlines on social media” and other tactics to grow digitally.

“We will not be as public about our strategies,” Carey said. “They did us a favor we probably will not return.”

Time Inc. has been acquisitive. It bought Hello Giggles and xoJane last year and acquired three other companies to form Sports Illustrated Play. Time Inc. CEO Joe Ripp anticipates more, and some moves won’t be as obvious as acquiring a publisher.

“There will be more acquisitions you will scratch your head about,” Ripp said. “They’re about data. Money is going to Facebook because they have data.”