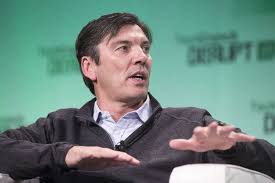 Verizon Communications has given Tim Armstrong, CEO of its AOL unit, a leading role in exploring a possible bid for Yahoo assets, according to a person with knowledge of the situation.

Late last week, and as far back as December, Verizon has said “yes” when asked whether it was interested in purchasing some or all of the struggling company.

The largest U.S. phone carrier hasn’t hired bankers to conduct an offer and there have been no formal talks, according to the person, who asked not to be identified because Verizon’s plans haven’t been made public. Still, as Yahoo sorts out its strategy, Mr. Armstrong is taking a lead in preliminary discussions, the person said.