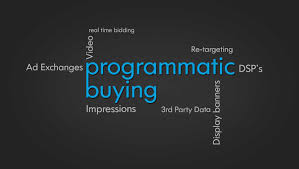 WPP’s GroupM media arm won $854 million in net new business in Q1 (earnings release), nearly double its new billings during the same quarter last year. Some of the costs are attributable to the Q4 acquisition of Essence, a programmatic-first digital media agency. And of course the figures include lots of publisher payouts and other costs. But even if the margins are tiny, the volumes are huge (an estimated $7.7 billion in total quarterly media billings).