U.S. Army Launches Full Agency Review for Account Worth Up to $4 Billion

U.S. Army Launches Full Agency Review for Account Worth Up to $4 Billion 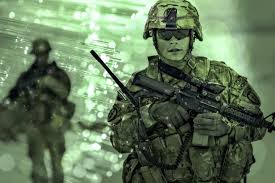 This week the U.S. Army issued an RFP for full-service agencies to handle its marketing efforts. The review initially launched in late 2014 but saw significant delays after the organization chose to extend a longstanding relationship with McCann Worldgroup by nearly one-and-a-half years beyond its original expiration date.

An army spokesperson confirmed that the contract resulting from this review could last up to 10 years, with a spending ceiling not to exceed $4 billion. Annual budgets will vary, though a spokesperson estimated in November 2014 that the organization spends between $184 and $200 million on marketing each year.